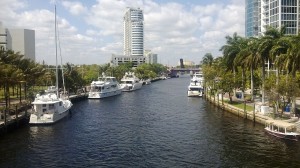 Fort Lauderdale, Florida is Known as the “Venice of America”

Fort Lauderdale, Florida is a tropical paradise known as the Venice of America. It is part of the area known as South Florida, which is booming and home to close to 6 million residents. Countless visitors, especially in the winter, make their way to the area to enjoy the perfect weather and escape the cold. The city was founded in 1911. The city is named after a series of forts that were built by the United States during the Second Seminole War. The forts were named after Major William Lauderdale. The area first started to boom in the 1920’s. A major hurricane in 1926 and the Great Depression put the brakes on the boom. The area would bounce back. When World War II broke out, the city was home to a major United States base. As air conditioning became the norm in most homes, the areas of the country that are warm have seen the most growth.

No area has enjoyed the growth more than Florida, and Fort Lauderdale continues to attract residents. With weather that averages 75.5 degrees it has something for everyone. Any ocean activity and beautiful beaches are right around the corner. Port Everglades has become a major hub of cruising the ocean. 4 major sports teams, and 3 division 1 college football teams give sports fans all they can hope for. The city is a major tourist draw to millions of people around the world. World-class restaurants can be found all over the area. Art galleries and museums are not hard to find. Golf courses and tennis courts offer year round outdoor activities. From a sleepy little town to a major American metropolitan area, Fort Lauderdale has come a very long way. The Venice of America has become a must see place to live or visit.

The next chapter of your life is waiting for you. Get started by talking to the Butler Law Firm today.